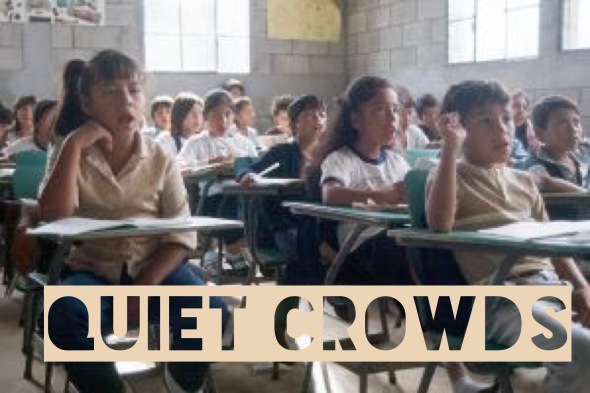 It’s been a while!  A new theme for the new year was long overdue so here goes….the latest theme is chosen by club member Eric Mooney.  His description of the theme is:

Walla of a crowd that’s trying to be quiet. An example of this would be at a library, or someplace similar where people are speaking very quietly and maybe even whispering occasionally. There could also be some fairly quiet and subtle movements taking place in the background. This seems like it would be a great backdrop of audio that could be used in pretty wide variety of scenes. This is something that I don’t have very much (if any) of.

More generally, Eric has provided some pointers for recording ‘walla’, which are worth bearing in mind when recording sounds for this collection:

Most of you are probably already familiar with walla, but if you’re not it’s basically just a recording of a “background” conversation that doesn’t contain any intelligible speech. By not being able to make out what the crowd (large or small) is saying the audience stays focused on the lead actor’s dialogue.

Stereo recordings of walla will give the audience a more immersive experience than mono recordings would. For this reason all of the submissions should preferably be recorded and submitted in either stereo or surround so that they can easily be used in any professional project.

I wasn’t initially keen on this theme idea when Eric suggested it because Echo Collective have just recently released their Quiet Spaces library, and I do try to avoid themes that already exist in the form of independent libraries…though that’s getting harder and harder to manage these days as the indie library scene continues to grow!  However, having spoken to Rene and checked he’s cool for us to use the same idea, I did think it’d be really interesting to do an international version of the Quiet Spaces library, which I believe is all American locations.  Do check out Echo Collective’s Quiet Spaces library and consider grabbing a copy – hopefully the club’s collection will be a useful compliment to it.  I hasten to add, though, that despite my comparison with Echo Collective, I believe their library contains recordings of quiet spaces where people are NOT talking; it is mainly just the sound of subtle movement.  With our collection, the primary sound is intended to be quiet murmur or even whispers, though that element of shuffle and other ‘presence’ is still a vital ingredient in the quiet crowd sound that we’re after.

Final tip:  As I’ve often flagged before with other club themes, bear in mind the acoustics of the space you record in.  Old or unusual spaces that are very quiet and free of ambient noise such as background traffic or air conditioning may be the best spaces for adding character to low level signals such as quiet crowd sounds.  Oh and very importantly, please state location and country in the name or metadata of any shared files!

Hopefully this explains everything but feel free to drop me a line if anything is unclear.

This entry was posted on March 22, 2015 by sonicskepsi. It was filed under Notices, Themes and was tagged with Notice, Notices, Quiet Crowds, Themes. 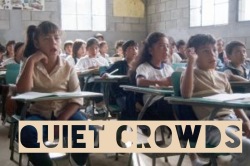